Awards run in the family. In 1952, Her Royal Highness, Princess Wilhelmina of the Netherlands, awarded John’s the medal for the best Gouda in the country—a  massive . The Dutch love their Royals almost as much as they love their cheese. Every April 27th, they celebrate Koningsdag, with a country-wide street party where millions of revelers dress up in the orange of the national flag, eat, drink and make merry.

Young however, wasn’t much for partying. He preferred time spent at his parent’s dairy farm, learning how to get the best from the family’s herd of white-socked Blaarkop cattle, perfecting the centuries-old craft of cheese-making in the Utrecht province.

As soon as he was old enough, John wanted to run his own dairy farm. Although John had dairy farming in his blood, the older kids in Dutch families left home to find their way in the world. He studied, taught high school agriculture, saved up his guilders and bought his first five acres in 1976. When his parents gave him the young heifer called Gerda. 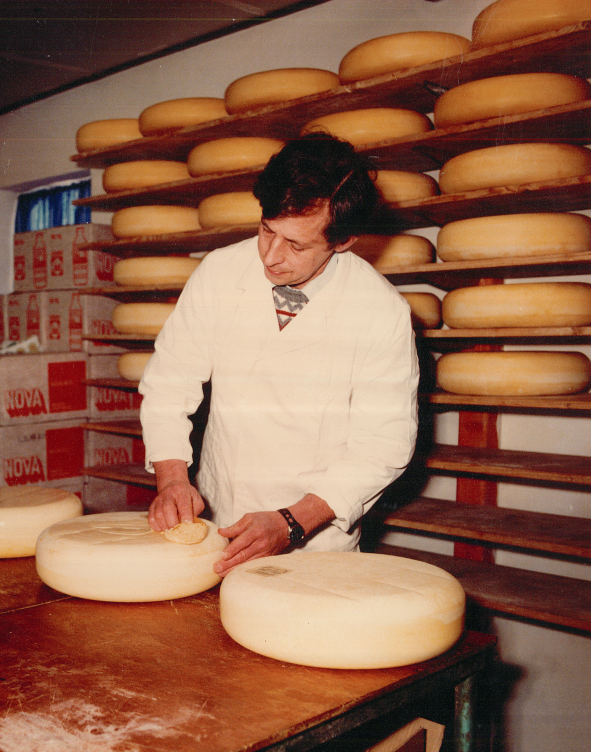 One cow soon became ten and John did what came naturally. He made his own Gouda—pronounced , as in that taste so good?

But building up a farm big enough to support a profitable milk herd in Holland was no easy task. It’s a small country, with a total land mass that fits into the part of Alberta south of Calgary. And given that one kilogram of cheese needs 10 of milk, that means a lot of cows, on a patchwork collection of farmland. John was spending hours every day traveling from one piece of land to another.

Searching for a new life, John and his wife Janneke looked at farmland in Denmark and Germany. Only when their son did a high school exchange in Alberta did they cast their eyes across the Atlantic.

“In 1988 I went first to Ontario, then Manitoba and finally to Alberta. It was springtime here. Right away I knew Alberta was the best,” John explains.

He chose the right province. The Dairy Farmers of Canada reports that Albertans love their cheese. We each ate 6.1 kg of the stuff in 2016, a slice above the national average of 5.9 kg.

Having successfully built up a farm from scratch in Holland, John did the same with the quarter section bought in 1992 outside the town of Sylvan Lake. “Everything was totally new. We had to put in a gas line and a power line; we drilled the well. We built the house, the farm; we bought the cows and then we started farming.”

At first, John simply ran a dairy farm. But the beloved creamy texture of a mild Gouda or the sharply sweet tang of an aged one from his childhood called to him. In 1999 he did a little experimenting and played with traditional such as nettle & celery or Friesian cloves.

Soon he had a thriving business making Gouda from scratch, the traditional Dutch way. In 2000, he won the award for best Gouda at the Canadian Cheese Grand Prix. 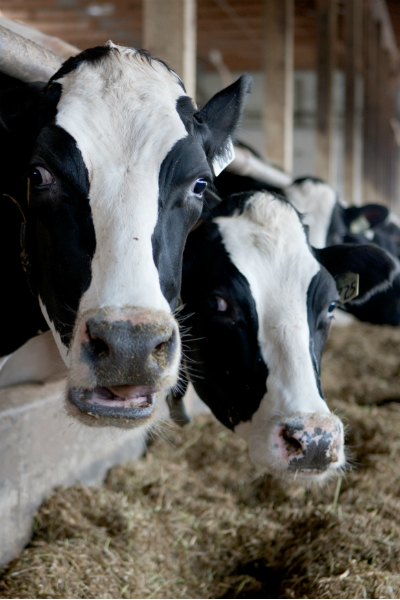 Since then, John hasn’t looked back. His aged Old Grizzly and other cheeses have earned him recognition across Canada and on the international stage. Now in his 70s, John leaves the dairy farming to his son Jeroen. Together they create twenty different types of Gouda, including many aged, lactose-free varieties, all from antibiotic and additive-free Alberta milk.

But don’t try to reach him mid-week at his shop. He’s elbow-deep in his craft, testing herbs, measuring temperatures and hand-waxing rounds of cheese.

Luckily, you can find Sylvan Star cheeses at the Italian Centre cheese counter.