Fall in love with a new cheese taste by sampling one you’ve not tried before. 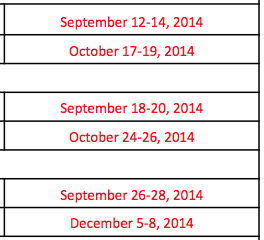 For the next two months each of our three locations will be giving out samples of Italian Piave and Asiago and Swiss Kaltbach, courtesy of our supplier Arla Foods. The schedule is above, but may be subject to change.

SWISS KALTBACH Gruyere, made from cow’s milk, is aged in the diary for three months and then a sandstone cave for nine. The art of aging is creating ideal climatic conditions according to the unique knowledge of the aging Master. “Their character must age in peace and be treated with care,” says one Swiss Master. Only the best cheeses are accepted and aged. During the aging process white crystals and drops of water form in the cheese, known as ‘tears of joy’. These ‘tears’ indicate the finest quality cheese which has a nutty flavour and crumbly texture. A classic.

PIAVE is a hard cooked curd cheese, made from cow’s milk, named after the Piave river in the Dolomites in the region of Veneto and champions a D.O.P designation, (Designation of Origin). It has a dense texture without holes a full bodied flavour resembling a young Parigiano Reggiano. It’s hard enough for grating when fully aged. The younger version is softer and used in Panini. If the cheese sports a blue label it’s six months old or younger, a red label means aged a year or more.

ASIAGO also cow’s milk, also comes from Veneto, the Asiago plateau where they’ve been making cheese for thousands of years. The cheese is matured in dairies 600 m above sea levelFresh Asiago is smooth and soft, the Mezzano is aged for 4-6 monhts, Vecchio for more than ten months when it starts to get crumbly. Stravechhio is aged two years or more. Asiago has a strong taste and can be used fro grating, melting, slicing on salads, soups, pastas and sauces. Also reminiscent of the Parmigiano taste, Asiago also has a D.O.P designation.